Home of the Hilltoppers! A major renovation of Houchens Industries-L.T. Smith Stadium began in April 2006 and featured the construction of a new west side of the stadium while also including a significant renovation of the stadium's existing east side. The stadium's capacity now stands at 22,113. The first phase of the renovation to Houchens Industries-L.T. Smith Stadium involved improving the existing east side structure.

Construction began on the West grandstand prior to the start of the 2007 season. The new side of the stadium contains approximately 5,000 seats, including an 832-seat club level, along with new concession stands and restrooms. The building also houses new football offices and a new weight room (10,000 square feet), training room (8,500 square feet), locker room (10,000 square feet) and equipment area. A new berm has been built behind the North end zone, giving Topper fans an opportunity to enjoy the game from a different view. A new 48'x70' scoreboard, installed behind the berm, includes an 18'x31' video board.

Other improvements to the existing structure include locker rooms and offices for women's soccer, and men's and women's track along with the addition of a new academic advising center that includes office space for advisors, tutoring rooms, a large study hall room and a computer laboratory. 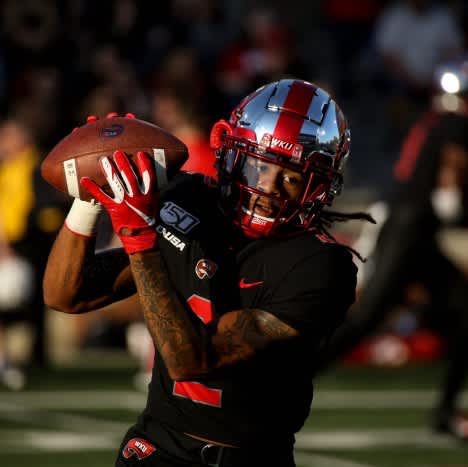